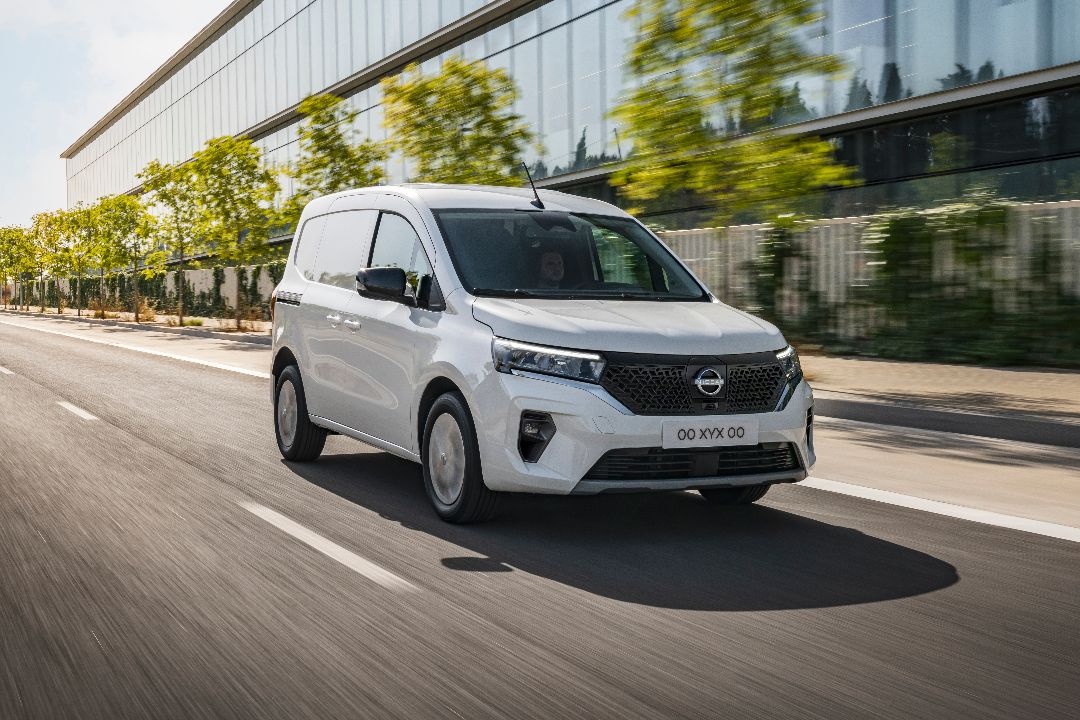 The Townstar Electric uses a 44kWh battery and paised to a motor producing 121hp and 245Nm of torque.

The electric Townstar has a range of up to 177 miles which is said to be a 43% improvement over the Nissan eNV200.

If you don't want an electric van, there is also a petrol engine Nissan Townstar.

What safety systems does the Townstar Electric van?

Nissan has packed the electric Townstar with more than 20 new technology and safety features. These include Intelligent Emergency Braking with pedestrian and cyclist detection. There’s also Junction Assist and a new Hands-Free Parking system. Using an array of cameras around the vehicle there is also a 360-degree camera system. This provides an overhead view of the surrounding area for safer low speed manoeuvres. Radar systems allow the Townstar Electric to have an Intelligent Cruise Control system too.

Electric Townstar customers also get the ProPilot advanced driver assistance system. This allows the vehicle to automatically slow to a full stop and then accelerate away. This is part of adaptive cruise control to zero and also means that the van can follow the vehicle ahead, as well as keeping it centred in the lane or while going around a gentle curve.

The interior has an 8-inch touchscreen, linked to a 10-inch digital display for the instrument cluster. There’s also Apple CarPlay and Android Auto connectiviety as well as wireless phone charging.

The electric Townstar reflects the design cues of Ariya passenger car with standard LED headlamps and an aerodynamic front shield with Kumiko pattern. It also has “air-curtains” to optimise airflow around the front bumper and front wheels. This improves the aerodynamics of the van.

How practical is the electric Townstar?

The rear loadspace has space for up to 4.3m3 while the maximum payload of the Nissan Townstar Electric with a petrol engine is 800kg. This will likely come in at 650kg for the electric van.

Price: £ to £
Fuel economy: to mpg
Power: hp to hp
Torque: Nm to Nm
Payload: kg to kg
Volume: to m3
Loadspace Max: to mm
Things We Like:
Things We Like Less:
Ratings:
Overall: 0/10