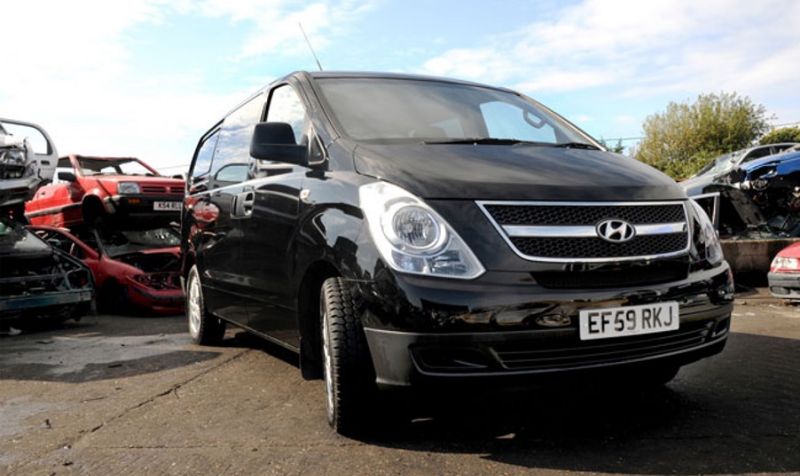 With a headline figure of an 8.4% reduction in fuel consumption, a low starting price and a five-year warranty all on offer, the new Euro-5 Hyundai iLoad looks to be a winner on paper.

Gains can be made in terms of ride quality, handling and engine performance at the bottom end of the 3-tonne sector, and a torquey, comfortable and entertaining new competitor would definitely upset the apple cart. In 2011 the iLoad promised all that, and failed to capture the imagination of the market, so now will improved efficiency from the 2.5-litre engine help make the iLoad a success second time round?

The 114hp motor certainly allows you to make swift progress without the need to be overly aggressive with the throttle, and when faced with a full load, we were able to surge effortlessly through the gears, utilising the 340Nm of torque and a well-positioned, but slightly notchy, five-speed box.

The ride quality too is superior to many of its rivals, but at the cost of some feedback to the driver, as the soft (relatively speaking) suspension makes the iLoad float through bends rather than gripping keenly – something the Hankook tyres didn’t help with either. It’s a minor detraction from an otherwise impressive performance which showed that the iLoad was a capable performer on motorway, country and city roads. However, while we were able to sip just 38mpg when running empty and 35.4mpg fully loaded, it’s not quite the 8.4% improvement over the old model that Hyundai believe the iLoad is capable of.

The 1,062kg payload and 5.4m3 load volume enables Hyundai’s MPV-derived panel van – the passenger car version is sold as the i800 – to compete with its rivals on capacity, but there is a problem with access. The twin side doors provide useful access to both sides of the 1,620mm wide loadspace, however, the doors don’t completely clear the aperture, which hinders access. Combine this with the sloping bulkhead, and the iLoad is less suitable for those needing constant access to their load space.

The passenger car influence has benefited the overall comfort of the iLoad, and unlike many CVs, there is plenty of adjustment front to back in the seat. The sloping bulkhead also allows a slightly more laid-back driving position – ideal for those with slightly longer torsos. Build quality is mostly high, with just a few sharp edges, and the positioning of the controls has been well thought out, and by folding the armrest upright, a third passenger can also be accommodated - although we wouldn’t recommend it as leg room is virtually non-existent.

When it comes to value for money, though the Hyundai iLoad should really be at the top of most buyers’ lists. It might be a bit barren inside, and doesn’t have the workmanlike ethos of many of its rivals, but when it comes to the simple economics it is up there with those buy-now-pay-never deals you’ll find on your luxury sofa.

Price: £ to £
Fuel economy: to mpg
Power: hp to hp
Torque: Nm to Nm
Payload: kg to kg
Volume: to m3
Loadspace Max: to mm
Things We Like:
Things We Like Less:
Ratings:
Overall: 6/10