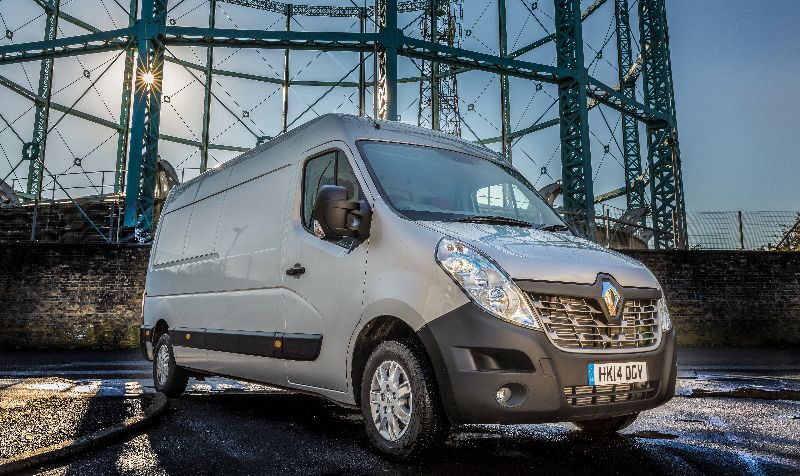 Dare we say it that we are now seeing a new breed of economical large vans? Driven by emissions regulations, vans have been getting increasingly more economical. But what constitutes good fuel consumption these days?

Friends will often tell you that their diesel hatchback can muster a frugal 70mpg on a gentle motorway run, and still turns out a low 50mpg when they start getting stuck in traffic in town. While those numbers might not be untypical for a small car often transporting just one or two people, when it comes to big old panel vans fully laden with tools and tat, achieving fuel economy anywhere near those numbers is firmly in the land of make believe.

Euro-5 took mid to high twenty-something MPG figures and dragged them into the low thirties. Euro-5b and Euro-6 models have now increased that figure even more. What, however, does that have to do with this month’s test vehicle, an unremarkable Renault. A Master van is not going to be anywhere near those impressive figures, I hear you say; it’s a cheapo Transit you’ll be shouting.

Technically you might be correct about the latter – the range does start at £21,030 for a front-wheel-drive, short wheelbase 2.8-tonner, compared to £21,145 for a largely similar Transit – but the Renault is far from a cheap alternative and is more than capable of putting a challenge to the Ford, and is actually somewhat of a pioneer on the fuel efficiency front too.
Like the smaller and also recently revised Trafic model, the Master range is split in two by the use of single and twin turbo engines. Four power outputs exist in total, up from three in the previous generation, with dCi 110, dCi 125, dCi 135, and dCi 165 options – the numbers of which each correlates to a nominal horse power rating with the two higher outputs receiving variable geometry twin turbos.

While our test vehicle is the ‘new’ 135hp output model, power has actually increased in all of the other three units - up, 10hp, 5hp and 15hp, respectively. Fuel consumption is up across the range too thanks to a number of engine revisions that include a new oil pump and lower friction piston rings.

All in all, the new 2.3-litre M9T engine block has some 212 new parts and incorporates 12 new technologies to produce a better, more efficient engine. And the changes have really worked.
As a medium wheelbase, medium height panel van, the range topping 165hp unit is said to consume 7.3mpg less than the previous generation dCi 150 with a combined economy of 40.9mpg, while our larger long wheelbase 135 dCi claims a 40.4mpg average. Those are impressive numbers for big vans, and ones that we found to be genuinely achievable during our test. We also noted that the new engine is much quieter and smoother in its power delivery than the old models, leading us to believe that the bodies down in Renault’s engine department really deserve a pat on the back for this one.

Without doubt, the engine line-up and under bonnet modifications are certainly the largest change in the range, but what else has changed in the new Master? Well, the front end has been re-styled, as is the want of all mid-cycle refreshes, while the interior has had a nip and tuck to make better use of the space. Really, though, it is business as usual but you will find changes to the specification, with two trim levels now on offer, Business and Business+, as well as a range of option packs available to add security features, loadspace equipment or driver assistance like cruise control and speed limiters.

You probably won’t find Renault winning all that many awards for the new Master, but they can be proud in a job well done

Renault has always offered its customers more than the competition. It was amongst the first to integrate a decent sat nav into its vans, and stop charging the earth, and is now serving up some genuinely useful equipment in its vans to make driving your mobile office easier and more comfortable. Two trim levels are available on the new Master, Business and Business+. Notable standard gear includes a DAB digital radio, hill-start assist and Bluetooth, but the leap to Business+ gets you a whole raft of nifty items. Air conditioning, pivoting seatback table (ideal for a laptop), underseat storage and rear parking sensors. Higher specification models also get the innovative Wide View Mirror in the nearside sun visor, that to the passenger will make them look like something from the fairground’s hall of mirrors, but for the driver provides double the line of sight to the rear of the van. Options available include TomTom sat nav, air suspension, cornering lights, and automatic on/off wipers and headlights.

The manufacturer also claims the cabin of the new Master offers the market’s highest number of stowage solutions, and if we’re entirely honest we’ll have to believe them as we lost count after having to take off our shoes and socks. Apparently the interior has been designed to house the sort of everyday items used by business customers, and they’ve served up a range of places to put them.

While the new Trafic understandably drew the larger audience when it was launched at the same time, changes to the Master line-up are a significant step forward. Renault already enjoys a healthy slice of the pie in Europe, but over here they were very much in the second division. These engine upgrades should elevate them into the forefront of any purchasing decision, and the unfussy but comfortable cabin has a few years left in it yet.

You probably won’t find Renault winning all that many awards for the new Master, but they can be proud in a job well done, and the fact that it can now realistically be uttered in the same sentence as names like Transit and Sprinter when it comes to spending your hard earned, means that the Master is that little bit closer to dominance on this side of the channel too.