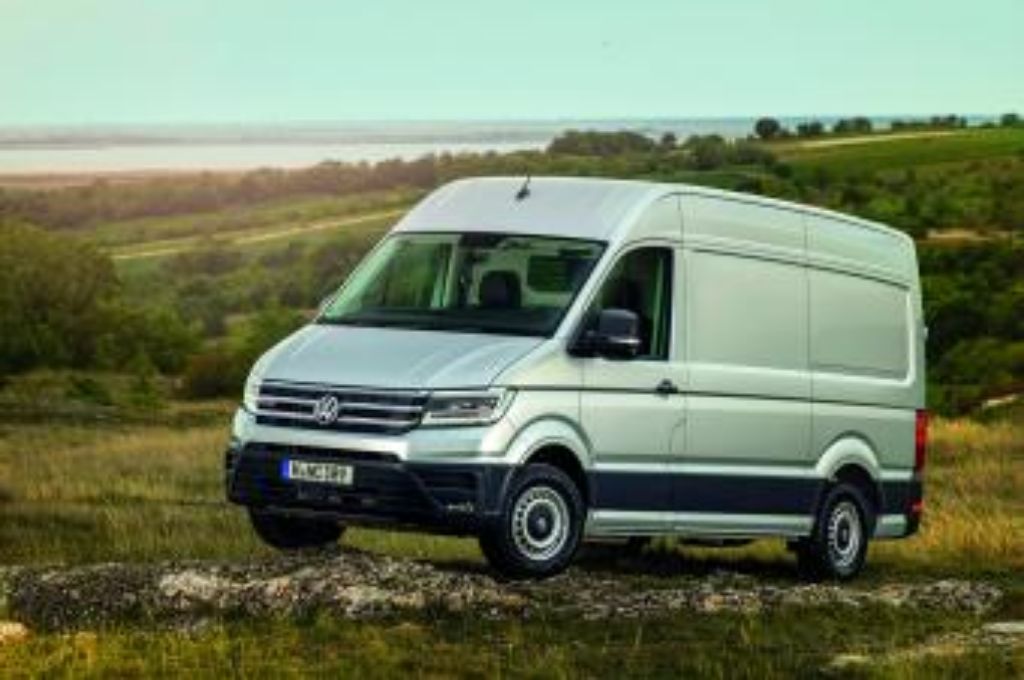 Earlier this year Volkswagen launched its all-new Crafter. Initially only available in front-wheel-drive with a manual gearbox, VW is now readying itself to launch all-wheel-drive, rear-wheel-drive and automatic versions of the van. We’ve looked at the new additions and taken them for a test drive.

Available in both chassis cab or a panel van form, the Crafter covers the 3 to 5.5 GVW range. There are two wheelbases lengths, with three vehicle lengths and three roof heights for panel vans as well as single or double cab chassis. Built in Poland at an brand new VW owned facility, the Crafter is all-new, and no longer shares a platform with the Mercedes-Benz Sprinter. Instead the chassis is being shared with Volkswagen Group sister-brand MAN as the TGE. Power comes from a 2-litre common rail diesel engine (EA 288) with four power outputs of up to 175hp.

In order to simplify the model names in its entire range when Crafter launched, the naming structure for Volkswagen vans changed. Standard VW Caddy vans start off the sequence by getting an L1H1 tag, referring to its standard length and standard height, while a long-wheelbase Maxi van becomes an L2. Transporter vans, being a size larger, start at L2 while the smallest length Crafter being larger still is an L3. Roof heights follow a similar pattern, with standard height Transporters and Crafters being both H2. The three model lengths for the Crafter are therefore L3 (medium), L4 (long) and L5 (extra-long) while the available heights are H2 (standard), H3 (high) and H4 (super-high).

Can I get the Crafter in rear-wheel-drive?
Previous generation Crafters (built by Mercedes) were available only as rear-wheel-drive (RWD) vans, but in starting from scratch with its own design Volkswagen chose to focus first on front-wheel-drive (FWD) models.

Nearly six months after launch the Crafter will once again be available with driven rear wheels. While FWD vans are ideally suited to the courier and logistics sector thanks to their better payload (due to a less complicated driveline) and a smaller rear entry height, RWD models usually appeal to operators looking to carry weight and tow trailers. The engine is mounted longitudinally rather than the transverse configuration found in FWD and all-wheel-drive vans. RWD Crafter vans will be available with twin rear tyres on 3.5 tonne to 5 tonne vans, and with single rear tyres on 3.5 tonne to 4 tonne models.

The characteristics are not dissimilar to the FWD model, but with an empty loadspace transmitting the power to the road proved a little tougher in the pouring rain experience during our test. If carrying some weight, we would expect the RWD Crafter to feel even more planted than front-driven variant, however, for those who don’t need to move big weights or tow heavy trailers the FWD is without doubt the better choice – it is after all why VW chose to launch it first.

How god is the Crafter 4x4?
Joining the range in September 2017 is a brand new all-wheel-drive version of the Crafter, called 4Motion. The four-wheel-drive Crafter gets a Haldex coupling, an electronically controlled permanent 4x4 system, that can distribute power between the front and rear axles to improve traction.

As much as 60% of the power can be transferred to the rear wheels. Crafter 4Motion models will only be available as 3.5-tonners as either panel vans or chassis cabs, with the 175hp model now available and joined by a 140hp version in Q1 next year. An automatic gearbox will be available in the 4Motion in late 2018. Despite being a relatively niche product, Volkswagen expects sales will come from forestry and construction sectors who will look to utilise the improved traction and make use of the 3 tonne towing capacity.

On the road you’d barely notice the difference between the FWD and the all-wheel-drive 4Motion. In regular conditions, power is almost always passed through the front axle, but on while testing on a muddy dirt track we could feel the subtle shift in drive to the rear as the Crafter easily tackled the trickier surface without the stability control ever needing to interfere as we sailed through treacherous corners and along slick straights.

Is the Crafter automatic DSG gearbox any good?
A six-speed manual transmission is standard, but in order to better accommodate certain customers installing an automatic was a must for Volkswagen. The Crafter is therefore available with an 8-speed torque converter automatic gearbox on FWD 175hp 3.5 tonne vans with a 140hp version arriving later next year. Additional auto models will include a 175hp 4Motion 3.5 tonner early next year, and a 175hp RWD version of the 5 tonne Crafter.

We found the gear changes to be smooth and rapid, with no sign of the usual transmission shunt found in many autos. The seventh and eighth ratio are particularly long, so the gearbox does tend to stay in sixth for a while, but once at a cruise and in top gear it rarely wanted to change down as more gas applied. It will undoubtedly be a hit with courier and supermarket customers looking to iron out any bad driving habits, and with a 140hp engine could even prove quite fuel efficient.