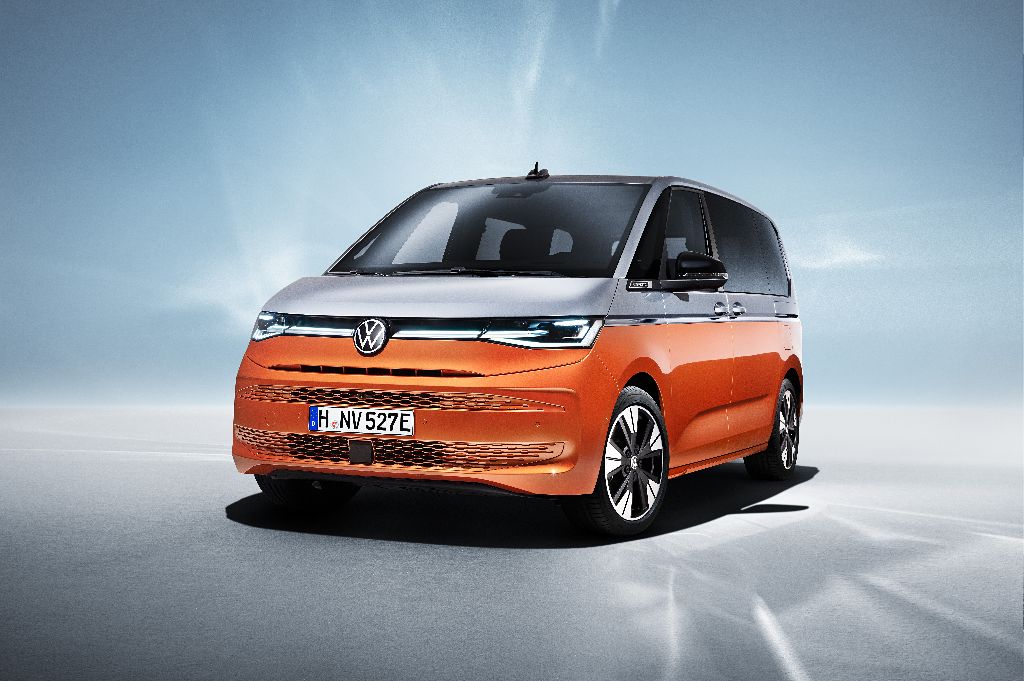 Volkswagen has premiered the latest update in its range of medium sized passenger mover based on the new Transporter van. The Volkswagen Multivan T7 is the replacement for the current Volkswagen Caravelle and wil have the same seven seat capacity with even greater comfort, practicality and technology on offer.

The Multivan has an all-new exterior design but plays reference to the vehicles that have come before it, while also updating the van for better visibility (with narrower A-pillars) and distinctive front and rear light designs.

The Multivan has a longer wheelbase than the previous version and sits wider and lower on the road. But, it is the addition of a new hybrid powertrain that is the most radical update. The Multivan eHybrid combines a 1.4-litre TSI petrol engine with 147hp to an 85kW electric motor to produce a combined power output of 160kW (215hp).

A diesel engine will also be available with 147hp next year, but will launch with front-wheel drive four-cylinder turbocharged 1.50litre petrol engines with 134hp and 201hp.

Known for safety systems, the new Volkswagen Multivan T7 is the most advanced VW commercial yet. There are now 29 driver assist systems. These include Front Assist area monitoring system with City Emergency Braking, Dynamic Road Sign Display, and Lane Assist. Another system is Car2X which allows local communication with other vehicles and the highways infrastructure, in order to provide warnings of any danger.

There's also side protection, cross wind assist, turn-off assist (that warns of any oncoming traffic when turning across a carriageway) and an exit warning system. This tells you if, when opening a door, there are any bicycles or vehicles approaching.

The interior of the van has has a redesign. There's a new dash, steering wheel and infotainment system. As well as a 10.25-inch dash cluster and 10-inch infotainment screen. There's also a remote connection to the vehicle called We Connect Plus.

Along with seven seats, the Multivan also gets a new smart multi-function table . It can be moved between any of the rows or used as a centre console between the front seats. The table is also completely removable, as well as being height height adjustable.

The styling of the Multivan will indicate the looks of the new van scheduled to go on sale next year. In partnership with Ford, the next Transporter will be based on the Transit Custom.

Order books are not yet open, but VW is asking customers to sign up to register their interest.