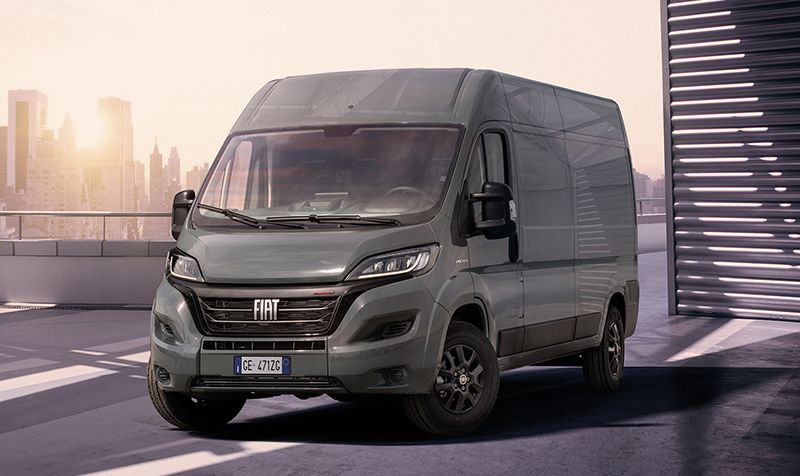 Orders for the new Fiat Ducato are officially open in the UK, with the large van getting a full overhaul of its safety systems and technology as well as more minor tweaks to the engines and its appearance.

The main change to the new model is a new Full Digital Cockpit, upgrading the Ducato’s traditional dials with a customisable interface to allow you to easily check on anything from navigation instructions to driver assistance systems.

It also provides a link to the Uconnect infotainment system which is the centrepiece of the new van with its 10-inch screen the main attraction in the dashboard. Not only does the screen give you a view of the TomTom sat nav system, it also enables to you connect wirelessly to Apple CarPlay or Android Auto. A smaller 7-inch screen is also available that also allows Apple and Android connections, while the smallest 5-inch screen provides digital radio and Bluetooth connections.

Safety upgrades mean that the new Fiat Ducato is capable of Level 2 autonomous driving with a range of Advanced Driver Assistance Systems (ADAS) for driving on the road and to help with parking. New safety features including speed limiters, advanced braking, road sign recognition and adaptive cruise control with Stop & Go. There’s also Lane Keeping Assist and a new Traffic Jam Assist feature (which we’ll tell you more about in the Fiat Ducato review).

Other assistance systems include Crosswind Assist, trailer stability control and active park assist for semi-autonomous parking, either in bays on or the street. A Digital Central Mirror is your window to the outside world at the rear of the van, replacing the standard (and usually redundant) mirror with a clear digital image.

The inside has been upgrades with a new dash design, steering wheel and gear lever. There’s also a change to the door panels and the air conditioning controls. There’s a new Eat-and-Work passenger seat, which is marking speak for a table on the back of the middle chair, a wireless mobile phone charging compartment and double USB-A and USB-C ports. The seats get new padding and Fiat has said it has improved the space around them and their comfort.

New electric power steering should improve the way the van drives, and Euro 6D-Final engines based on the Multijet 3 engine improve C02 emissions by 7%.

The Ducato celebrates its 40th year in production in 2021, having been launched in 1981 and enjoyed considerable success across Europe in that time. It regularly featured as Europe’s best-selling commercial vehicle.

The latest model has been revamped with a new rendition of the Fiat badge, as well as minor changes to the front, most notably in the deisng of the new full-LED lights.

Prices will start from £27,005 with deliveries in the latter part of the year.