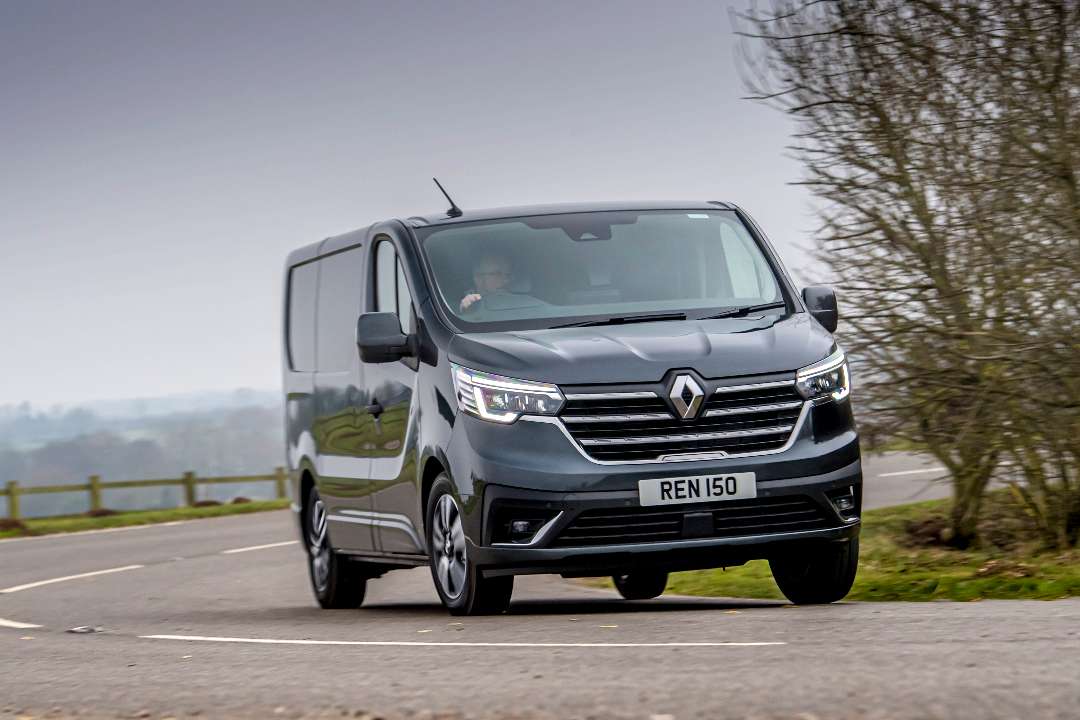 It’s not unusual for a van to stay on sale for more than 10 years between significant updates, but legislation and consumer expectation is changing so fast that many vans like the Renault Trafic are being updated more regularly just to keep pace with its rivals.

In a way, though, that has always been the case with the Renault Trafic because evolution has been key to its success and having replaced the ground-breaking Renault Estafette 40 years ago, the Trafic has itself enjoyed three generations of unrivalled success in Europe.

Ok, so it hasn’t had the same success in the UK, where the Ford Transit Custom and VW Transporter T6.1 regularly outperform it in the sales charts, but it’s still delivered healthy sales. Renault has also often shared its designs with partners, with the Trafic most recently sold as the Nissan NV300 and Fiat Talento, although both models are now discontinued as the lastest update also signifies and end to the relationship with Fiat who previously borrowed the Trafic and a change of name for the Nissan. The Talento will now be based on the Citroen Dispatch and Peugeot Expert, while the Nissan equivalent will become known as the Nissan Interstar.

Over its four decades on the road, the Trafic has adapted and kept with the times, and this latest version is no different.

If the previous version was not much to write home about, having had some tweaks to its headlights and a new more prominent placement of the badge on the front, this latest model is a much more significant update. The Trafic’s front-end has gone from round and almost smooth-looking to more getting a much more angular and chiselled look. It’s grille is still smart with chrome, but there’s a more purposeful look with a slightly sportier feel.

The powertrain hasn’t changed but it has been added to with the 2.0-litre diesel engine still producing up to 167bhp but is now available with four variants rather than three. In fact, there has been change across all of the outputs except for the top unit with new dCi 110, dCi 130 and dCi 150 engines joining the dCi 170. These produce 109bhp, 129bhp, 148bhp and 167bhp. All are now fully Euro-6d compliant.

All versions are front-wheel-drive and a six-speed manual gearbox is still standard across the range, but a new there the option of a six-speed dual-clutch automatic on the two highest output engines.

There are a range of body types on offer which include double-cab crew vans and minibus variants with seating for up to nine people. For the range of panel vans, they come in standard (L1) or long-wheelbase (L2) versions with standard (H1) or high (H2) roofs. In all there are now 44 versions and a load space of up to 8.6 cubic metres.

Business, Business+ and Sport remain as the three trim options, but Renault is partial to making a few special-edition models. These have higher levels of premium equipment but usually come at only a small increase in price, offering good value for money.

The medium van segment is a hotbed for exceptionally good vans to drive. While early versions of the Trafic were not in this camp, the Renault has over the years evolved into a great van to drive.

Starting with the engines, the 2-litre unit is nicely refined and quiet enough at tickover with the cabin doing a great deal of sound deadening. Of the four power outputs, we’d advise to look towards the higher outputs in the range, with the newest dCi 110 option being a truly entry-level option unless you plan to use the van at its lowest GVW and lightly loaded.

The benefit of having a higher-powered van is that you are then able to specify the automatic transmission – available on the top two outputs. While the standard six-speed manual is a fine gearbox with a nice shift action the dual-clutch auto is far superior.

With a dCi 150 or dCi 170 engine it makes an excellent pairing that we would recommended if your budget can allow.

The Trafic rides well on our bumpy British roads and has purposeful steering making it greatly improved over previous versions and on a par with key rivals from Citroen, Peugeot and Vauxhall. It hasn’t quite got the finesse of a Transit Custom but it feels planted with or without a load.

Revisions to the interior of the Trafic are all about its new display screens with an 8-inch Easy Link display at the centre of the dash on all but the entry-level vans and a 3.5-inch monochrome display or a 4.2-inch colour display on Sport models within the instrument cluster.

Together they make the Trafic more connected, smarter and better looking with smartphone mirroring for Apple CarPlay or Android Auto, connected navigation for more intelligent routing and a neater dash console with the upright screen and new piano-style keys that are easier to see and press. While it looks impressive we did find the system a little sluggish and not always willing to play nicely with connected devices.

Plastics of differing textures and quality make it a more interesting place to be, with a greater feeling of sophistication thanks to highlights of chrome running across the dash, around air vents and on the steering wheel.

However, storage is slightly disappointing for a medium sized van which normally do well when it comes to clever ways to create space. There is a large open compartment in the centre of the dash where you’ll find two USB connections (as well as a third on the infotainment screen) and a small, covered compartment above the steering wheel. There’s a smaller area to the right of the steering wheel ideal for keys or passes and another phone-sized compartment below the central screen that is for holding a phone due to its induction charging capabilities.

Useful storage can be found underneath the passenger bench seat with the seat cushion lifting to reveal a large storage area suitable for a bag. As for the door pockets, a small recess suitable for keys or coins can be found up high, while the lower section is just a simple and fairly shallow area that’s portioned into three areas but is in reality not much good for anything too large as it is at risk of falling from the door as you open and close it.

Fold down the central seat on and you’ll find a workbench that includes a clever removable clipboard than can be positioned either towards the driver or passenger seat – available on Business+ models, the second of four trims Business, Business+, Sport and Sport+.

Cup holders are found at the A-pillars and while they have internal grippers that adjust to the cup size, it is perhaps just fractionally too shallow which could lead to a tall can or cup becoming slightly dislodged.

The Trafic’s best attribute is its locking system with a handsfree keycard that not only enables keyless entry (and start) but automatically locks when you leave the immediate vicinity of the van.

Unlike the Renault Kangoo which has recently had a change of shape to increase its rear capacity, the load area of the Trafic has been unchanged for several generations. That’s no bad thing as the Trafic can accommodate up from 5.8 to 8.9 cubic metres and has a payload of up to 1166kg for the best model and 886kg for the worst preforming model.

There is a maximum of 2,937mm length in the rear which increases to 4,150mm with the load through hatch that extends into the passenger footwell – the largest length in the medium van segment.

There are a generous number of lashing points in the rear with 16 hooks in the short-wheelbase models and 18 in the longer versions while the rear is lit by a bright LED light.

Space in the cabin is plentiful for the driver with a good deal of seat travel, a comfortable seat and a rake and reach adjustable steering wheel.

A more modern grille and some driver-pleasing tech upgrades in the cabin are not the only new additions to the Trafic which has also added a range of driver assistance systems to help make the van safer and bring it into line with competitors that have in some cases had such features for a few years.

Adaptive cruise control is now an option, while an Active Emergency Braking System has been added to lessen the impact of a potential front-end collision. There’s also Blind Spot Monitoring, Lane Departure Warning and Lane Keep Assist – the latter of which is a good example of how to subtly apply the safety system by gentling nudging the van back within the lane rather than with an abrupt direction change. Traffic Sign Recognition has also been added and there are now automatic headlights that are claimed to be more powerful and have cornering lights.

Adding to the safety is a new passenger airbag designed to better protect the middle seat occupant.

The Trafic continues to evolve and adapt in the face of a quickly changing landscape of regulations and competitor advancements. While rarely at the top of UK buyer’s initial shortlist, the updates to the Trafic demonstrate why it should never be discounted. Its engines are powerful, technology and safety systems amongst the best in the sector and its starting price is at the lower end of the spectrum.

We’d recommend the more powerful engines and automatic gearbox, but the second trim level Business+ is where many of the more useful day to day features arrive. Nice to have accessories like the automatic door locking will likely become a feature you will never want to live without on future vans.