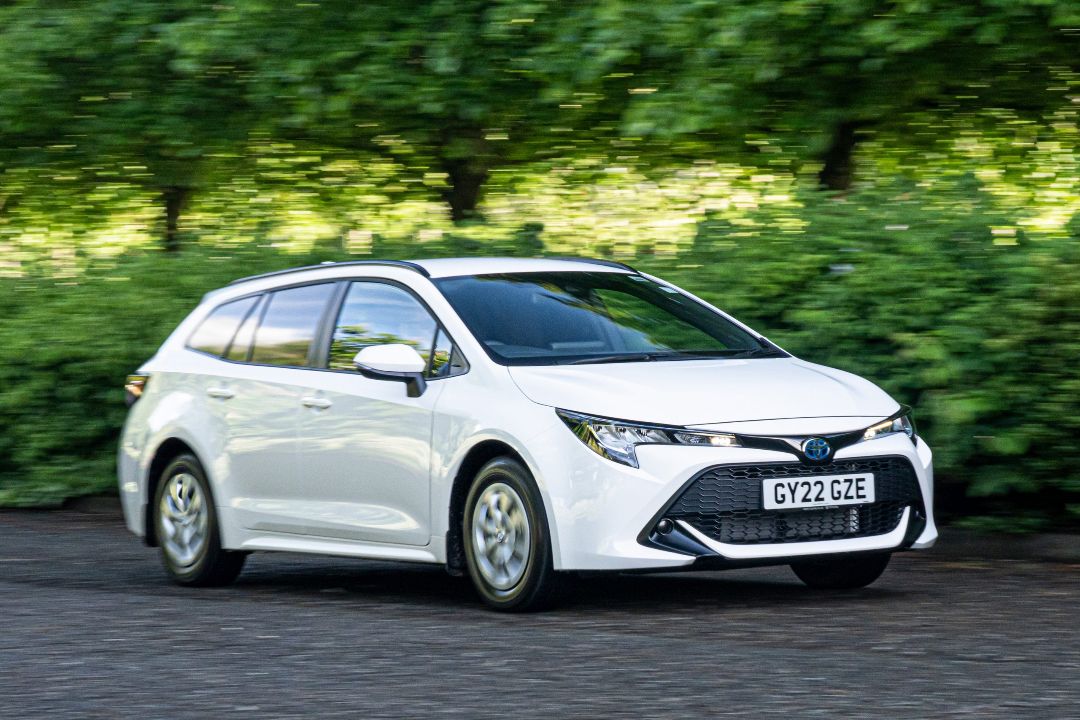 Hands up if you miss the Astravan? We certainly do, but fear not Toyota has come to the rescue with the Toyota Corolla Commercial Hybrid van.

For those of you making do with an estate car rammed to the roof with kit, or still tooling around in a late 2000s Vauxhall Astravan, then the Toyota Corolla Commercial is most definitely for you. It’s based on the Corolla Touring Sports estate and is a full self-charging hybrid electric van.

That means it looks, feels and drives like a car, with a petrol hybrid engine, but is actually a tax-dodging bona fide commercial vehicle.

Power comes from a 1.8-litre engine, (the car model gets the option of a 2-litre) and is paired to a a 53kW electric motor. That means the Corolla Commercial Hybrid produces up to 90kW or 120bhp and 142Nm of torque. They’re not staggering numbers but it does allow the car-derived van to notch up a 0-60mph time of 10.9 seconds – if you needed to boast about it down the pub. It will also hit a top speed of 112mph.

How many versions of the Toyota Corolla Commercial Hybrid are there?

Like the engine choice (just one) there’s also only one choice of interior trim level but it’s not typically “commercial” in its nature despite being an entry-level Corolla Commercial van.

That’s because it comes with a decent level of equipment including heated seats, dual-zone climate control and a reversing camera. There’s also LED headlights as standard

What about safety equipment?

The Corolla Commerical Hybrid isn’t short on safety features either and gets adaptive cruise control, high beam assist and lane keep assist ass as standard. Lane Trace Assist also helps to keep the van in the centre of the lane even while turning slight bends, and there’s Road Sign Assist to remind you of the speed limits with an audible or visual warning.

all packed up. As for pricing, the Corolla Commercial costs from £22,149, excluding VAT.

What about the space in the back?

The Corolla Touring Sports passenger car is a pretty spacious thing, so taking out the rear seats and making a flat loadspace is going to convert the Corolla Commercial into a fairly usable space.

The cargo area has a maximum capacity of 1.3m3 with access possible through either the boot or either of the rear passenger doors. The loadspace floorg gets a tough-looking rubber lining and there is a full-height steel bulkhead to protect the front seat occupants. There’s also an interior light and a 12v power outlet but the important figure is the 425kg payload. It’s not a great deal to play with and is less than a Fiesta van. The Corrolla Commercial can tow up to 750kg.

ment of the Corolla Touring Sports passenger car, so it has a more generous load capacity than vehicles based on hatchback models: the cargo area has a maximum capacity of 1,326 litres (1.3m3) with easy access through the wide tailgate aperture. The flat load floor has a tough rubber lining and there is a full-height steel bulkhead, interior light and a 12V power outlet. Maximum payload is 425kg and braked trailers with up to 750kg can be towed.

The important part, though, is that it can take lengths of up to 1558mm, there’s 952mm between the wheel arches and 1430mm at its widest point. The biggest limiting factor is the roof height with just 682mm of internal height in the Corolla Commercial Hybrid.

It’s a hybrid, does that mean the Toyota Corolla Commercial Hybrid is cheap to run?

The Toyota Corolla Commercial Hybrid has a claimed fuel economy of 61.4mpg. While that might sound like a lot, it’s actually a pretty realistic number, making the van capable of doing more than 600 miles on a tank. That’s not bad going, and with CO2 emissions of 105g/km it’s also very low on the polluting front.

Of course it’s a hybrid, so you’re paying for the batteries and electrical bits as well, but as this is a commercial vehicle it is also possible to reclaim the VAT if you’re registered.

At more than £21k it is a bit on the expensive side, but if you cover a lot of miles that 60mpg+ will really come in handy.

Where is the Toyota Corolla Commerical Hybrid made?