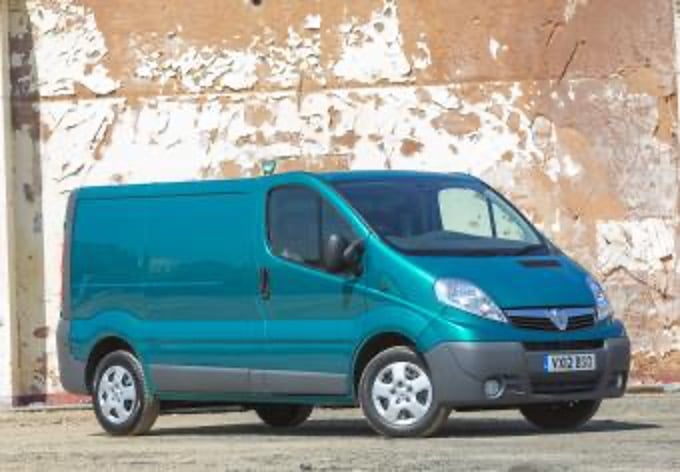 It’s no coincidence that we tested the greenest version of the Vivaro’s key rival, the Ford Transit Econetic, in order to give us a direct comparison between what are certain to be two of Britain’s most popular environmentally-friendly vans. Despite being designed in 2001, albeit with many modifications during that time until production ended in 2014, the Vivaro can still put up a good fight against the Transit which impressed with its ride comfort, handling, build quality and its overall ergonomic design.

Based on the short-wheelbase, standard-roof model, the Vivaro ecoFlex is a more efficient variation of its 2-litre CDTi engined cousin, fitted with low-rolling resistance Goodyear Marathon tyres, an exhaust gas recirculation system, new thermal management system and slightly- revised aerodynamics. Two power ratings (88hp and 113hp) and two GVWs (2,700kg and 2,900kg) are available with the ecoFlex tweaks, with all four variations using the same 2-litre CDTi 16-valve engine and manufactured as short-wheelbase and standard-roof models only.

As a whole, Vauxhall estimates the changes are enough to save £800 over three years when compared to the standard SWB 2700 model, boosting EcoFlex’s fuel consumption from a claimed 37.6mpg (combined) and 198g/km of CO2 to 40.9mpg and 180g/km emissions. The reported 8% reduction in fuel consumption can also be attributed to the revised gear ratios that see third, fourth and fifth gear lowered, the result of which is an engine speed of 1,900rpm in fifth gear at 50mph – 200rpm less than a standard Vivaro.

On top of the £500 premium for ecoFlex models an optional speed limiter is also available at the cost of £75 with a choice of 56mph, 62mph or 68mph limits. Similarly there is no cruise control system fitted as standard – that will cost you a further £250 – and surprisingly for an ‘eco’ model there is no engine stop/start functionality, either as standard fitment or as an option. Aside from the rear door ecoFlex badge, the up-and-down gearshift indicators on the instrument binnacle are the only visual cue that this is the environmentally-friendly Vivaro.

We tested the greenest version of the Vivaro’s key rival, the Ford Transit Econetic, in order to give us a direct comparison between what are certain to be two of Britain’s most popular environmentally-friendly vans

The ecoFlex is all about saving fuel and reducing emissions, so Vauxhall has gone to great lengths to optimise the efficiency of the common rail engine. An exhaust gas recirculation system and better thermal management of heat generated in the combustion process ensure the engine not only meets Euro-5 requirements, but also reduces CO2 emissions by 18g/km. Servicing intervals have increased to 20,000 miles for Euro-5 engine, up from 18,000 miles, and whole vehicle warranties now stand at 36 months and 100,000 miles.

At 2.7-tonnes GVW and with a short-wheelbase and standard-roof, this Vivaro is the joint smallest in a range that offers just two vehicle weights, two body lengths, and two roof heights. SWB models like this ecoFlex offer a 2415mm load length compared to the long-wheelbase model’s 2,815mm capacity, however, LWB Vivaros are only available in the higher GVW of 2.9 tonnes. Short- and long-wheelbase models with high roofs offer 7.4m3 and 8.7m3 maximum volume capacity, whereas a long wheelbase with a standard height roof offers 6.2m3.

This Vivaro 2700 SWB ecoFlex 90PS model is capable of carrying a maximum 5.3m3 and a gross payload of 1,100kg, marginally less than the largest carrier in the range, the higher GVW Vivaro 2900 LWB, which can carry 1,243kg.

Access to the loadspace in our test vehicle came through a single side door and 180 degree rear doors. The side door in particular proved to have an ample aperture for loading and unloading the 550kg or 50% payload used for our tests. At 549mm, the loading height is 70mm less than the Transit’s at 619mm – a useful feature for those requiring frequent access,  however, each of the Vivaro’s internal dimensions fail to match up against the Ford’s, proving to be 43mm less in height, 167mm shorter, 99mm narrower, and 122mm slimmer between the wheelarches. The load area also lacked a floor covering (£335) and astonishingly there is no option to specify internal protection for the outer skin. But, to its credit, there are 8 lashing points throughout the load area as well as internal lighting.

The overall consensus amongst CM staffers is that the Vivaro has aged remarkably well, and that the apparent freshness of the cabin is testament to its longevity. Yes, others are now doing their interiors better, with nicer materials and fancier gadgets, but the Vivaro is still just about on the pace. The seat is comfortable, but not exceptional, its storage compartments useful, but not plentiful. The overall quality is, however, high and although the feel of the steering wheel controls do let the Vivaro down it is still an enjoyable cabin to be in. Revisions to the interior and updates like iPod integration have helped its usability, but those who live with the Vivaro on a daily basis will find it more rewarding than those that occasionally hop in for a drive.

With the Ford Transit established as the benchmark across our new test route, the Vivaro is up against possibly the best vehicle in its class across the disciplines of handling, road holding and ride comfort. Whereas the Mercedes-Benz Vito is on a par with the Transit van in these disciplines, the Vivaro is perhaps languishing behind the Volkswagen Transporter in fourth position.

That’s not to say it is a poor relation, the game has just sadly been moved on by its competitors, yet the Vivaro still handles with assuring accuracy. Bumps are perhaps over communicated both through the steering wheel and suspension, while cornering serves up surprisingly little body roll for such a firm set-up.

The steering is nevertheless balanced, and parking is made all the more easier by its lightness. With just 88hp from the 2-litre engine to call upon it’s hard to gain enough momentum to trouble the eco tyres for grip, but the Vivaro clings on in the bends admirably. Maximum torque of 290Nm is delivered at just 1,300rpm, and the engine’s performance is consistent throughout the rev range. It is a fraction noisier at 50-70mph than the Transit van, but we can forgive the extra engine noise as the gears are well spaced for both urban and motorway work.

The transmission does, however, have a tendency to clunk and jolt between shifts. As the cabin is unchanged, comfort for the driver is still high with a reach adjustable steering column, height adjustable seat, and plenty of seat travel for long-legged drivers. Forward visibility is brilliant, but views to the rear are hampered by enormous blind spots that are not helped by the smaller than usual wing mirrors.

Fuel economy proved consistent on both urban (32.9mpg) and non-urban (33.2mpg) routes, with just 0.3mpg separating the two and returning a stark contrasts between the Transit’s figures that showed 30.1mpg on the motorway and A-roads and 35.5mpg in the city - the Transit’s figures being aided by a stop/start system that the ecoFlex sorely needs.

At £500 more than a non-ecoFlex model, the change from dirty to clean for our test vehicle is twice the price of the equivalent Transit van, which also includes stop/start functionality. Although that cost will be offset by lower operating costs and an improved future residual value, it is still a hefty premium on what is a fairly basic van. Many of the luxuries we come to expect nowadays are extras in the Vivaro range, and will add considerably to the price.

Air conditioning (£630), ESP (£400) and a loadspace floor covering (£335) are all pricey additions to the ecoFlex, but if you want a simple van with no frills it is £700 cheaper than the Transit van. What you make up on the purchase price you may then give back in replacement parts, as our usual basket of spares shows that the Vivaro bits cost nearly £450 more than the Ford. Residuals too are less favourable with the Vivaro recording the lowest three and five year value when compared to Transit, Vito and Transporter models.

Of the 445 Vauxhall dealerships nationwide, 115 are authorised to sell heavy vans including the Vivaro. A further 154 dealers offer heavy van servicing, which are set at 25,000 miles or two years. There is a manufacturer which runs up until 3 years or 100,000 miles, whichever comes sooner, although two years of this is unlimited mileage.

The 37.7mpg is fairly heavy for a van of this size, which is worth noting for the high mileage users.

Recent eco-vans have looked to make real improvements to CO2 emissions and fuel efficiency, and the Vivaro has certainly made improvements in that area with an 18g/km CO2 reduction and a claimed 3.2mpg improvement over the combined cycle. Neither should be sniffed at, but at an additional £500 and by Vauxhall’s own calculations an estimated two year payback, we wonder how many van users will bother. We can’t also help thinking Vauxhall have missed any easy win by omitting stop/start, a simple addition that may have seen the ecoFlex match, or outperform the Transit’s 35.5mpg urban fuel economy. It’s still a solid van, but with value, residuals and running costs in mind its hard to fully endorse going for this Ocean Green green van.