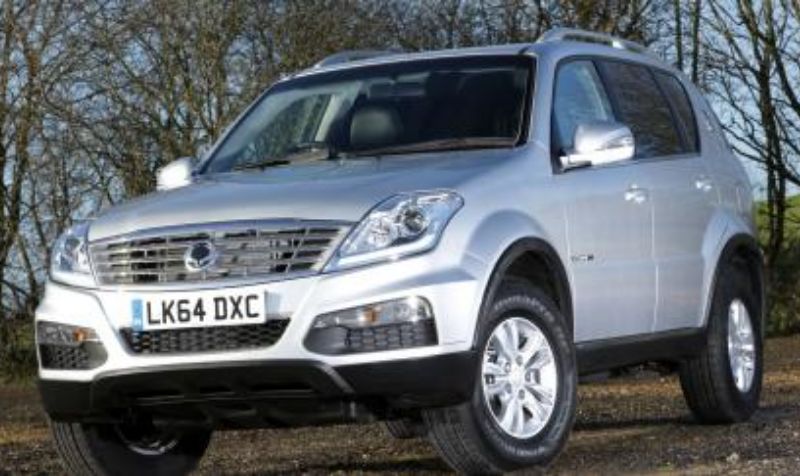 Fancy a 4x4, but don’t want to pay a lot in benefit in kind to the tax man? SsangYong may have the answer as it is making a push with its new line of light commercial vehicles that are modelled on its range of passenger car. The Rexton W off-roader is in its third generation, and this CSX is the commercial vehicle equivalent, offering a sizeable rear loadspace instead of five passenger seats.

For a four-wheel-drive passenger car converted to a van, payload is a respectable 740kg for a vehicle plated at a gross vehicle weight of 2,710kg, It’s a large vehicle measuring 4.75m long, and provides a loadspace volume of 2.2m3 with a maximum length of 1,700mm and a width of 1,070mm at its narrowest point.

SsangYong also pitches the Rexton as a bit of a towing tool, thanks to the combination of its 3 tonne maximum allowance and selectable four-wheel-drive system with low range gears.

Power comes from the manufacturer’s own engine range with a 2-litre e-XDi unit replacing the previous Mercedes-Benz motor. The Korean’s own block produces 153hp at 4,000rpm and 360Nm of torque between 1,500rpm and 2,800rpm and is paired with a six-speed manual as standard, however, for the automatic version the Rexton gets a five-speed T-Tronic automatic gearbox from Mercedes, carried over into this new version for sake of reliability and comfort.

The Rexton is designed and built as a proper off-roader with a ladder chassis and is body on frame rather than a monocoque, but the suspension is definitely more suited to passenger cars than commercials. With a double wishbone and coil springs at the front, and a five-link rigid axle paired with coil springs at the rear, it is similar to its pick-up truck sibling, the SsangYong Korando Sports, and this helps with the vehicle’s on-road manners whilst also delivering a decent off-road performance. But, the combination of rugged chassis and detached body with a coil sprung front and rear doesn’t do the Rexton many favours, and while no one expects Rolls Royce refinement at this end of the market, there is a gentle but noticeable shimmering as each of the elements jostle as they ride the road.

The steering is heavily assisted which equates to a woolly feeling, removing the driver from experiencing too much of the road. It also requires large chunks of lock to be applied to turn this sizeable vehicle in and out of corners. Nevertheless, the ride and the steering do not detract from what is a capable vehicle that has also had a much needed facelift.

The Rexton now looks much more modern, and no longer looks out of date before its time like the first generation model did. SsangYong has also modernise the interior adding aluminium and chrome effect touches to the dash as well as new soft-touch plastics to improve the feel. Standard equipment levels are also generous for a vehicle that costs just £18,495, with air conditioning, cruise control, heated electric mirrors and Bluetooth all included.

But it is probably the warranty that will have customers most interested in the SsangYong range. It covers all major mechanical components for five years, on an unlimited mileage basis, while clutch discs and brakes are covered for the first year or 12,000 miles.

With the latest updates, SsangYong is certainly looking to reposition itself away from the budget end of the market while still maintaining its impressive sticker price and underlining the advantageous benefit in kind tax their vehicles enjoy for mixed business and personal use – its tax liability is just over £3,000 and a person in the 20% tax bracket will pay £600 per year.

If you are after a decent-sized 4x4 company car with a cheap tax liability and can live with two seats then the Rexton W CSX should definitely be considered, but for someone that requires a bit more of a working vehicle you should probably still look more towards a pick-up truck with a covered loadspace, and, conveniently, Ssanyong also offers this with its new Korando Sports.

On the whole, customers will be buying Rextons for the cost savings, and SsangYong provides real value in that market. It is as much a part time commercial vehicle as it is a part time passenger car, therefore anyone who can live with a foot in both camps will be hard pressed to find a more suitable off-roader than the Rexton.