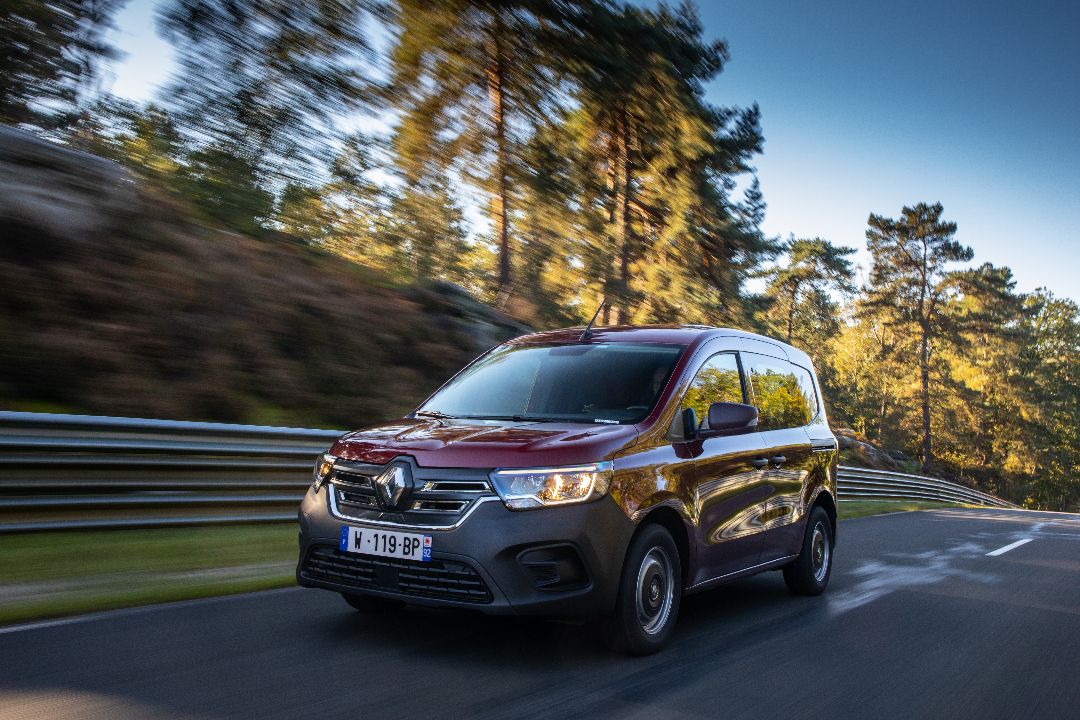 Credit where credit is due, the Renault Kangoo E-Tech is responsible for everything we know and think about electric vans. Ok, it wasn’t called the Kangoo E-Tech when it was launched in 2011. Back then it was the Renault Kangoo ZE, and it has taken a whole decade for the rest of the industry to catch-up. They've finally realised that the world wants electric vans, but in those 10 years, the small electric Renault has ruled the roost and really only had to compete with the Nissan e-NV200 launched in 2014.

It’s fitting then that just over ten years after its launch, that Renault should reinvigorate their prized small electric van with not only a name change but also a significant upgrade.

And it couldn’t come at a better time with competition really heating up in the small van sector not least because of the arrival of the Citroen e-Berlingo, Peugeot e-Partner and Vauxhall Combo-e.

The new Renault Kangoo E-Tech builds on the ZE legacy and improves it with more power and better batteries, but that’s something which the ZE did anyway as Renault periodically added drivetrain upgrades from its Zoe car into the van. While the 121hp electric motor is new for the Kangoo E-Tech it’s the van itself which is arguably the biggest upgrade to what was an ageing product.

How big is the Renault Kangoo E-Tech?

Using the same body as the revised Renault Kangoo unveiled last year, but yet to go on sale in the UK, the Kangoo E-Tech is wider and more useful than its predecessor. It will be available with a choice of two wheelbase lengths, giving the standard van a loadspace measuring 3.9m3 and the long-wheelbase model up to 4.9m3 of capacity. Payload for regular vans will be up to 600kg while the Maxi versions can carry up to 800kg due to a higher plated gross vehicle weight. It will also have a 1,500kg towing capacity – a new addition to the electric Kangoo and something which has until recently remained conspicuously absent from the abilities of many electric vans.

The new platform represents a big upgrade in volume from the 3m3 and 4m3 that the short- and long-wheelbase ZE models respectively had.

Bigger still is the upgrade in power taking the paltry 44kW motor of the ZE and upgrading the E-Tech with a 90kW motor. The batteries have also got bigger with 45kWh capacity rather than the 33kWh in the outgoing van. That means range for the E-Tech is claimed to be up to 186 miles.

Charging for the batteries can be done using an 80kW DC rapid charger that will allow up to 106 miles of range to be added in around 30 minutes. There’s also the option of a slower 22kW charge as well as standard three-phase and single-phase charging with a full charge from a 7kW wallbox said to take six hours.

Because the diesel and electric vans share the same platform, the electric Kangoo gets almost exactly the same equipment as the diesel model. While final UK spec hasn’t been confirmed yet, and our drive was in a European final phase prototype, the E-Tech will be available with the roof-mounted Easy Inside Rack storage option that allows items up to 2.5m long to be carried off the ground. Like the diesel model, British versions won’t get the Open Sesame pillarless sliding door which lets you load items up to 3m in through the side door. UK models will get a folding partition bulkhead though, which adds an additional 0.5m3 of load volume and means that those longer lengths of wood or pipe can still be transported via the rear doors.

The cabin, however, will be largely the same with an eight-inch infotainment system being the centrepiece of the new interior. Other highlights include a folding centre seat that doubles as a mobile office space which might not sound like much but as the Kangoo was previously only available with a single passenger seat it’s an important upgrade for those that need to travel three-up in the front.

Features like adaptive cruise control will also be available, and as is common with most electric vehicles expect a range of heated options (most likely as standard) including a heated windscreen, heated front seats and a heated steering wheel.

Sadly, a heat pump system for cabin preconditioning will be an optional extra but when paired with the 22kW charger it can heat the cabin without using an electrical resistor that consumes energy. Instead, it takes heat from the surrounding air and is said to be most efficient when the ambient temperature is between -15°C and +15°C which just so happens to be a pretty common range for the colder months in most European countries.

As with the diesel model, comparing the electric van’s interior to the old model is like comparing night with day as the increased dimensions of the van correlate to a great deal more space for your elbows and knees. The cabin is more spacious and better for it and with comfortable seats, a fully adjustable steering wheel and the Easy Link multimedia system there’s so much more to like about the new E-Tech, not least the prospect of a new “Sport” trim level which will feature on the diesel model and may well get a look-in on the electric van price list.

Is the Renault Kangoo E-Tech any good to drive?

The main difference between diesel and electric is of course in the driving and its more good news. The diesel model is already a huge step up from the previous generation being far quieter and more refined, but with an electric drivetrain the improvement is even more noticeable.

The cabin is well insulated from road noise and the whine of the motor. There’s also very little in the way of wind noise to be heard either. It’s a really refined and enjoyable van to be in, which can’t always be said of every EV.

A 90kW motor is a huge step up in power for the Kangoo E-Tech, being more than double the old model, but such is the advancement and expectation of modern drivers that it doesn’t feel over the top, equating to 121hp which although at the higher end of the spectrum for a small van is not excessive but it is quick. The delivery is instant and effortless which is similar to the highly responsive steering which gives you loads of feedback and makes you want to chunk the little van around far more than you should.

The Renault Kangoo and its Mercedes-Benz Citan sibling have already won the International Van of the Year award but as an electric model the Kangoo E-Tech feels even more accomplished.

There are three levels of regenerative braking, with the middle setting providing a substantial but not jarring level of braking whereas the most severe does make backing off the throttle too quickly a bit jolting. There’s also an Eco drive mode to maximise range. This stifled power makes burying the throttle have less of an impact and with so much more power than the previous model if upgrading your fleet you’d be well advised to make it the default setting when the vehicle is turned on.

What about its performance figures?

Vans typically don't need to do a quarter mile drag race but the electric Kangoo wouldn't be totally embarassed if it tried.

The Kangoo E-Tech's 90kW motor is the equivalent of 121hp and has 245Nm of torque. That compares favourable to the previous Kangoo ZE's 44kW motor which had just 59hp.

The 45kWh battery is a step up from the 33kW in the old model and so too is the Renault Kangoo E-Tech's 186 mile range.

What about safety features?

The final significant upgrade is that of the safety systems. There’s now an impressive 20 ADAS features available on the E-Tech and include cruise control with speed limiter, distance warning, assisted parking and all-round parking sensors, lane keeping assist, lane departure warning and blind sport warning to name but a few.

The improvements between the old Renault Kangoo electric van and the new version are nothing short of phenomenal. That’s a big word to use but after setting a pace at launch that no other manufacturer was interested in keeping up with this latest electric Kangoo has once again sprinted to the front in what is fast becoming a very competitive race.