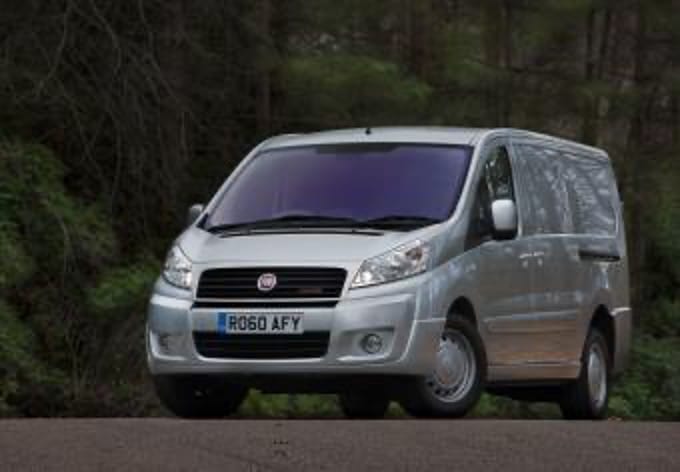 Fiat’s powerful Euro-5 Scudo has plenty of features that give it character – but it fails to deliver when carrying the full 1,200kg payload.

The revamped Scudo was first launched in early 2007, when LCV sales were on an upward trend. Built on a shared platform with its Sevel van siblings – Peugeot Expert and Citroën Dispatch – the new Scudo stormed to success securing the International Van of the Year award in 2008, in addition to starring in an advertising campaign with several Italian football stars and Formula One racing driver Michael Schumacher.

Four years on, and sales still trail in the wake of its rivals – Transporter, Vito and Transit – but the Fiat Professional range is catching up. Value for money, improving aftersales care and an impressive range of products have helped, but will the addition of a new Euro-5 engine entice new customers to the 3-tonne Scudo?

This test model pictured, fitted with a revised 2-litre Multijet engine, is the first Scudo to meet Euro-5 regulations, achieving a claimed 40.9mpg on the combined cycle and CO2 emissions of just 181g/km. Impressive figures when you consider the 163hp and 3,400Nm of torque available.

Value for money, improving aftersales care and an impressive range of products all help the Scudo

Competition at this end of the market is fierce so vehicles need to be practical, cost-effective, and deliver a satisfying drive. Mercedes’ Vito 110, a Euro-5 rival to the Scudo, is well regarded for its on-road manners, and in a Van Advisor test set a high benchmark for the Scudo to beat in fuel economy.

At city speeds the Scudo’s steering is nicely-weighted and suitably direct, while on the motorway you can relax at higher speeds without the wheel becoming twitchy.

Unfortunately, getting up to that speed is more difficult than you would expect for a vehicle with 163hp. It’s not just the engine that struggled with a maximum 1,200kg payload on board either, as the Scudo’s suspension – which is surprisingly soft – sadly underperformed and failed to deliver a cushioned ride, instead diluting the Scudo’s sharpness on the open road; while long, awkward throws between the gates on the gearbox also did little to improve the overall experience. However, without a payload the Scudo is lightning quick and, although it corners very neutrally, it turns on the charm over an enticing B-road with its sharp wits and ample power.

As well as being less polluting, Euro-5 engines are also meant to be more economical, and with a claimed average consumption of just 40.9mpg the new Scudo promises a fuel saving over the 90hp, 120hp and 140hp models. Despite having nearly double the power and torque of the previously most efficient model, the 1.6-litre 90hp L1H1 model, the bigger and heavier Euro-5 Scudo manages a claimed 1.7mpg fuel saving.

Our laden and unladen tests didn’t quite hit the heady heights of 40+mpg, but the 37.6mpg recorded for the unladen run shows that the new more efficient Scudo is capable of supping fuel at an economical rate. However, in the laden runs the Scudo struggled to maintain the same performance scoring nearly 5mpg less on the usual routes, and while a fully loaded mpg of 32.8mpg isn’t bad, we’re not surprised by it either.

While weight was its downfall on the fuel run, adding our payload to the Scudo was simple thanks to the twin sliding side doors.

The absence of the usual access steps did make the loading height more difficult, however, that meant our payload could be spread across the entire width of the load area without danger of toppling into the recess and falling out when the side doors are opened.

Climbing into the Fiat gives you a sense of being in a small car, as you sit quite low in the seat and see very little of the surrounding edges except for what is visible in the large mirrors. The functionality of the interior is practical with ample storage, and we like the grippy centre console cubby-hole, ideal for mobile phones, coins or keys, but on the whole the interior feels old and reminiscent of a car 20 years its senior.

The central dash area – encompassing a CD/radio with Bluetooth (£190) – appears mismatched to the rest of the vehicle, and the textured steering wheel, while comfortable to operate with its ergonomic design, feels dated. And if the unfashionable plastics don’t put you off, driving for a long distance probably will as the pedals, seat and steering column seem misaligned – a possible hangover from the LHD conversion – and the lack of room for your left leg adds further to the discomfort.

Safety levels are respectable thanks to a very stiff bodyshell and sophisticated suspension for stability in all conditions. ESP, which prevents loss of grip, is only optional although ABS and EBD are standard. An additional standard feature on the Scudo is HBA, a system that boosts braking force in an emergency.

Fiat Professional’s warranties have recently been extended to three years or 120,000 miles, while service intervals are set at 18,000 miles.

Since the divide with Fiat’s passenger car operations in 2007, the commercial or “Professional” products have only been sold through 153 authorised Fiat and Iveco truck dealerships. Prices start from £16,045 plus VAT.

The Scudo is typical no-thrills, run-of-the-mill van. There isn’t much to dislike about it; it’s cheap to run, practical and it handles relatively well although smaller engines may be a bit strained when carrying a full load.

Price: £ to £
Fuel economy: to mpg
Power: hp to hp
Torque: Nm to Nm
Payload: kg to kg
Volume: to m3
Loadspace Max: to mm
Things We Like:
Things We Like Less:
Ratings:
Overall: 5/10